The eyelids protect our eyes and by blinking they spread tears over the front surface of the eye, similar to windscreen wipers on the car. In order to perform this function well, the lids need to be the right shape,  tone and position.

It is well known that eyes and eyelids are the first thing we observe on someone elses face. Thus, droopy eyelids, loose eyelid skin or lower lid bags, have a negative connotation in a viewers subjective perception. Growths or lumps (tumours) of the eyelids can be a purely cosmetic issue, but in the case of certain benign and all malignant tumours they present a functional and medical problem.

Surgical correction of the eyelids 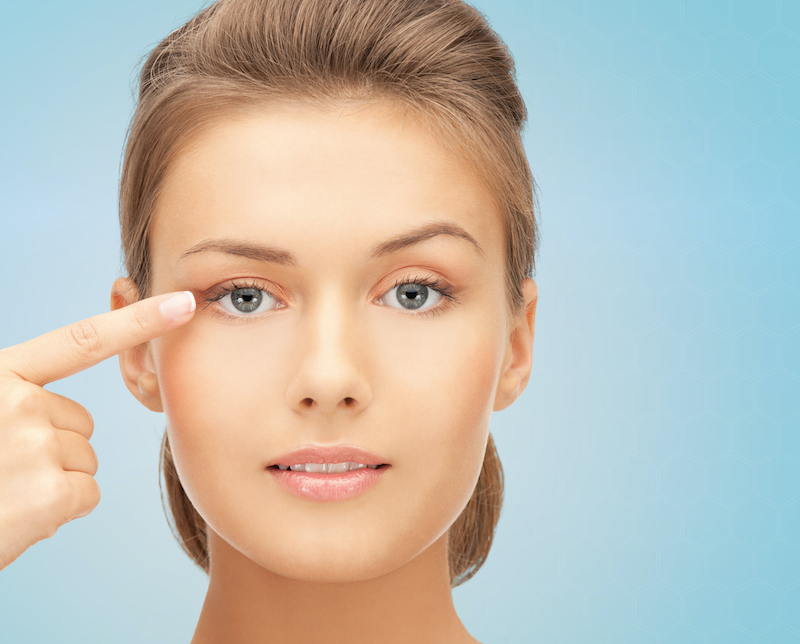 Scarless (no skin incison) operations on the eyelids

Certain functional and cosmetic problems of the eyelids can be addressed without making an incision on the skin, thus avoiding a visible scar. The incision is performed on the back of the eyelid.

This technique can be used in the correction of ptosis (droopy upper lid) and blepharoplasty (removal of bags) on the lower lids. However, if there is redundant skin that needs to be removed, on the upper or lower lids, then, a skin incision is necessary.

This depends, mainly, on the type of anesthesia planned for the surgery. In small children, all procedures have to be performed in general anesthesia.

In adults, most surgical interventions are done under local anesthesia, with or without intravenous analgesia and sedation.

Depending on the complexity of the planned operation and the type of anesthesia, as well as the health status of the patient, certain laboratory tests (mostly bloodwork) and specialist consultations (internist, radiologist, neurologist etc.), need to be prepared in advance.

It is very important that all medicines and supplements, which affect the blood clotting mechanism, are discontinued in time.

If this matter is not addressed properly, there is an elevated risk of bleeding, due to the rich blood supply of the eyelids and surrounding region.

In the healing period, physical exertion and exercise should be avoided, during the first 14 days, in order to prevent early tearing of the wound (dehiscence) and bleeding (haemathoma).

How eyelid surgery is performed

In certain cases, like lower lid bags removal, marking is performed in the upright position, with a special pen. In other cases, marking of incision sites can be performed after cleaning and disinfecting the eyelid skin.

As a general rule, the incision lines should, as much as possible, be parallel to the natural skin crease lines (wrinkles), in order to reduce the visibility of the post-operative scar.

Before the injection of local anesthesia, the anesthetist administers intravenous drugs to reduce discomfort. After that, the oculoplastic surgeon injects localy a mixture of local anesthetic and blood vessel constricting agent (adrenaline).

One of the most frequent questions is: “Will this surgery be done by laser?”.  There are several methods of cutting tissue in surgery. The oldest and most implemented way is with a scalpel and microsurgical instruments ( in oculoplastic surgery). This method induces minimal tissue destruction and creates the least visible scar. Bipolar diathermy is used to control bleeding in a precise pinpoint manner.

Tissue cutting can also be performed with electrosurgery and high frequency radiowaves, as well as by laser. The advantage of these methods is less bleeding, because thermal coagulation is done at the same time as cutting. However, thermal damage is present in different degrees, when using these methods.

Sutures (stitches) can be most commonly divided into absorbable and non-absorbable. In the case of skin sutures, the first type needs to be removed after a certain period (usually 5-7 days), whereas the second type need not be removed, and can be left to fall out spontaneously, as is done with small children.

If surgery is performed only on one side, the eye can be padded with a sterile gauze. However, in the case of bilateral surgery, special sterile sticky tapes (Steri-strips), can be applied to cover the surgical wounds, without covering the eye itself.